Whether growing and harvesting tomatoes from our home gardens or purchasing from our farmers or supermarket our desire or goal is not only to have healthy delicious tomatoes but to preserve them so they can maintain their flavors and freshness. But one thing that we all can agree on is for many of us if not all of us there are times when those once healthy tomatoes that we were planning on using in that delicious recipe/recipes can no longer be used because of not knowing how to preserve them.

Why should those homegrown tomatoes that we worked so hard for and harvested or purchased from our farmer’s market no longer be edible? Below we will be going more in-depth on how to preserve tomatoes.

As an Amazon Associate and the owner of this website, I’ve tracked down special deals for some of the products mentioned here. When you use the links on this page to make a purchase I may get a small commission and you will get a great bargain. It’s a WIN-WIN for both of us.

How To Preserve Tomatoes

Dehydrated tomatoes can be on your kitchen countertop for a few days or can be frozen for about six months, covering your tomatoes in olive oil will not only add flavor but will preserve them even longer. Dehydrate tomatoes goes great in pizza, salads, and pasta recipes

2. Freezing Tomatoes: Once your tomatoes are brought indoors, wash them off thoroughly, followed by scoring and blanching them in boiling water. Next place tomatoes on a cookie sheet and place the cookie sheet in the freezer for 2-3 hours, ensure that tomatoes are completely frozen.

Next store your tomatoes in an air-tight freezer container or in freezer bags, when you’re ready to use your tomatoes for those delicious recipes place the amount you’re going to use in a bowl of cold water or allow them to thaw at room temperature. Frozen tomatoes go great in stews, soups, baked and stem foods.

3. Canning Tomatoes: If You’re planning on persevering your tomatoes by canning here is what to do, once tomatoes are washed and dried placed them in sterilized, glass pint jays with metal rims and lids, Now add citric acid or lemon juice and salt this will help to prevent oxidation. To ensure that this process is successful, with a ladle lower the jars in boiling water for about 40-45 minutes, or if preferred can tomatoes by using a pressure canner. Canned tomatoes go great with baked, stew, steam, soups, and rice recipes.

4. Passata Tomatoes: This process involves removing the tomato’s skin followed by chopping and removing the stalks, place in a pan that’s large and cook over medium heat until tomatoes are soft. Once this is accomplished mash with a potato masher that will loosen all of the seeds. Now allow the whole batch to pass through a sieve saving the pulp and the juice. Passata can be used in stews, gravies, and soups.

5. Sliced Tomatoes: The side of the tomato that’s cut cover tightly with a piece of plastic wrap, and the side that’s not cut, wrap lightly or loosely. Place the tomatoes on a small plate with the cut side in a downward position, place the plate with the tomatoe in the refrigerator. You can keep the tomatoes stored in this way for several days.  Slice tomatoes go great in salads, sandwiches, can be grilled, go great on pizza, cut up, and used in an egg omelet.

6. Food Dehydrator: The use of a food dehydrator will not only dry but help to preserve your tomatoes. Dehydrated tomatoes go best with pizza toppings, pasta salads, soup, sandwiches, stews, meats, sauces, and dips.

Some fun facts about tomatoes

The final word on how to preserve tomatoes

There you have it, these six methods have proven to work wonders when seeking to preserve tomatoes so if growing tomatoes from your home garden or making a purchase you are all set to go with extending the life of your tomatoes. Tomatoes are one of my favorites, I love tomatoes especially in salads what about you? 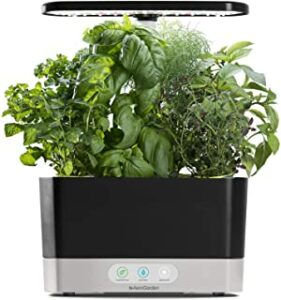 Learn How To Make Money Online